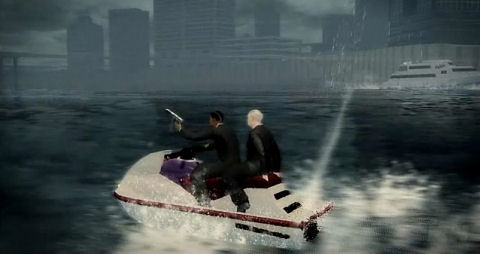 If you've turned on any television in America in the past few weeks, you've undoubtedly seen the mud slinging ads from John McCain or Barack Obama on their quests for the office of the president.  The first Tuesday in November can't come soon enough to put an end to these ads.  But the developers at Volition ask, "Why can't we all just get along and co-op together?"

So that's exactly what they did.  In the latest trailer for Saint's Row 2 we find the most unlikely pairs of Co-Op Couples in McCain and Obama, Pirates and Ninja, Cops and Robbers and more.  All of these characters we obtained using the in game character creation tool which yields endless possibilities for the open world 2 player cooperative title.

Head on over to IGN to watch the full video.