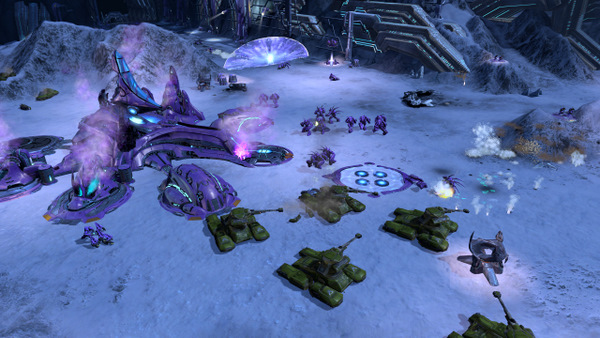 Console fans have one less RTS game to stat-track.  Halo Wars is about to receive a fifth title update.  This update will do two things: 1) Fix some theatre issues, and 2) Prepare the game to be disconnected from halowars.com.  The forums are transitioning to Halo Waypoint, which means the Halo Wars forums will be taken "completely offline".  What does this mean to current players?  Well, it means that they can expect an exclusive avatar for the Halo Waypoint forums, and an end to their precious, precious stats.

The moderator doesn't make it sound too cheery, saying members should "enjoy the time (they) have here."  It does sound like they're about to take halowars.com to a farm upstate, where lots of other forums are there to keep it company.  (Or, they're going to take it behind the woodshed and shoot it, for those of you who really think Rex is still on that farm.)   Contrary to popular belief, the Halo Wars forum moderators will not be coming to each individual's house and erasing their own personal copy of the game.  They are, however, going to take every account, post, and stat and brutally inject them with pentobarbital.

We won't be carrying over accounts, posts, or anything else between the two forums.

The community seems to be taking it pretty hard.  They'll still be able to play the game and hold discussions on the new forums, but a key staple of the community will be lost.  The update is scheduled to go live, killing Halo Wars online stat-tracking,  December 15th.