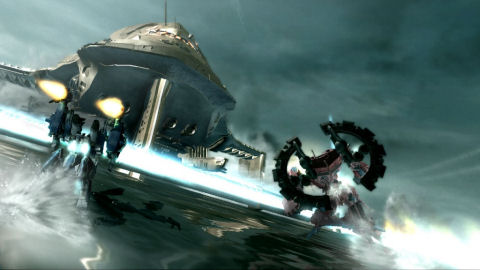 The game is set to feature over 400 different weapons you can use to customize your mech, with 130 of them being new over the previous title.  There's a strong focus on "epic boss battles" as well, with a total of 10 big fights through the game's 30 missions.

Of course, it's all about co-op, and Armored Core for Answer (what's up with that name anyway?) doesn't disapoint with drop-in/drop-out support for 2 player online co-op.  For the first time in an Armored Core title we have a true co-op experience through the single player game.

Armored Core for Answer ships next week, and whatever the answer is in this game, I hope it's blowing shit up.

Stick around for a brand new co-op trailer and a handful of co-op screenshots after the "read more" link.