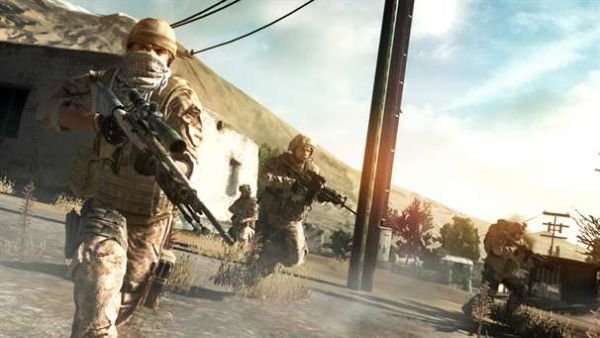 Quite possibly its most annoying aspect, the lack of player customization options in Operation Flashpoint: Dragon Rising is being addressed in its sequel, Operation Flashpoint: Red River. Not only will players be able to create loadouts from scratch and earn unlockable weapons and attachments, but your character progession will be persistent between the game's campaign (playable in co-op) and two other co-op modes.

According to previews by IGN and Computer and Video Game online, Red River may encourage an ongoing co-op revolution. We've already confirmed that the game will have no versus modes whatsoever. This extreme focus on cooperative play - combined with some ease-of-use design changes and player customization - goes a long way to squeeze even more fun out of a game series that we're already quite attached to.

The extra co-op modes sounds especially fun: four missions of Fireteam Engagement will add some variety to what's already available in the campaign, and Last Stand is just as it sounds - another "Horde Mode". The difference between Last Stand and other survival co-op modes is that you must extract from the combat zone in order to keep the experience points you've earned. If you don't have the opportunity to join a partner or squad, you can always let the AI stand in and play offline.

Although you may see some unlikely situations in Red River (the new "Perk"-like upgrade system comes to mind) the game's setting is no longer in a fictional country, but rather Tajikistan. Furthermore, bullet drop and physics still hinder your l33t Halo no-scoping skillz.

Thanks to Mrxknown_JG for the tip!