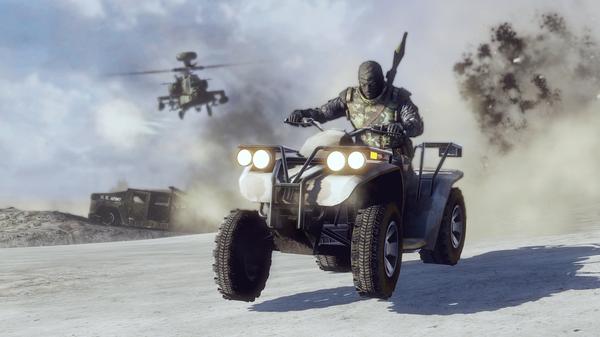 EA Games' label president Frank Gibeau has made a bold statement, basically saying that, the single player only experience is not in the Electronic Arts portfolio moving forward.  "Online is where the innovation, and the action, is at.  It's not only about multiplayer, it's about being connected," he said, "I firmly believe that the way the products we have are going they, need to be connected online. Multiplayer is one form of that."

Electronic Arts, slowly over the years, has been shifting a strategy in its studios to add multiplayer to most of its titles.

"I volunteer you to speak to EA's studio heads; they'll tell you the same thing," Gibeau continued, "They're very comfortable moving the discussion towards how we make connected gameplay – be it co-operative or multiplayer or online services – as opposed to fire-and-forget, packaged goods only, single-player, 25-hours-and you're out. I think that model is finished."

EA has continued to add multiplayer and co-op modes to numerous games this year - including titles that looked traditionally single player like the upcoming Dead Space 2 or Dante's Inferno's Co-Op DLC from earlier this year.   Battlefield: Bad Company 2 is a single player/multiplayer game that received co-op content in the form of DLC.

We definitely like the focus, and with co-op specific games like the Army of Two series on EA's roster - we know that they get the kind of games we want.  Obviously we realize that not every game is going to be co-op, but EA seems in tune with the fact gamers want a more social experience.

Could 2011 be an even bigger year for co-op games?