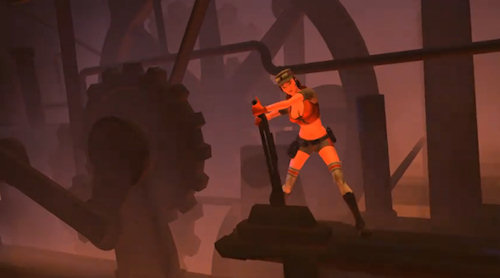 Uber Entertainment have officially announced a PC version of Monday Night Combat.  The title will be available through Valve's Steam service with a full release on January 17th, 2011.   All the modes of the original Xbox Live Arcade title will be present, including the four player co-op Blitz mode with the included Spunky Cola DLC.

The PC version is getting several enhancements including dedicated servers, an editor, and upgraded visuals.  Of course mouse and keyboard support are a huge addition as well.

It's interesting seeing this game on Steam, as there was always a comparison with the art style of MNC and Valve's own Team Fortress 2.  Of course, for those that actually played both games, they know that's basically where the similarities end.

If you pre-order the game now on Steam, for a discount none the less, you'll get immediate access to the beta which kicks off on Thursday, December 16th.  The game will cost $15, but right now is 10% off.