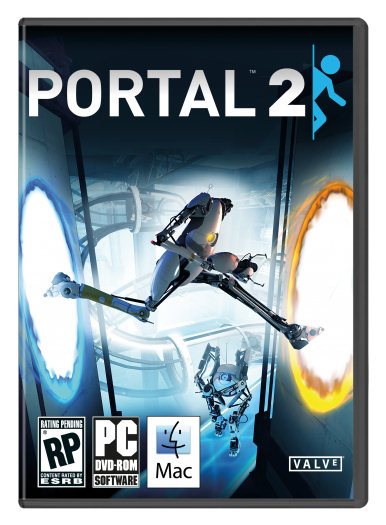 Never judge a game by its cover.  Take this advice from a gamer who has bought more than their fair share of awful experiences based on a shiny font or awesome illustration.  However, covers can help you work out what the developer is trying to push.  In the case of Portal 2 this would appear to be the co-op elements.  You could be forgiven for forgetting that Portal 2 has a solo campaign as Valve have continually looked to push the co-op campaign; releasing footage of the two metal auto bots in several trailers and screen shots.  This continues with the newly released box art that shows the dynamic duo tackling one of the many puzzles they will come across.

At Co-Optimus, we have no problem when a company as big as Valve want to put co-op gameplay at the front and center of one of the biggest games of Spring 2011.  Due for release on April 21st on the PC, MAC, 360 and PS3; Portal 2 already looks like being one of the co-op highlights of the year.

If the above PC artwork does not appear to your sensitive console heart, then click read more for the same image but with a PS3 or 360 banner along the top.  Will that make you feel better?  How about some cake instead?