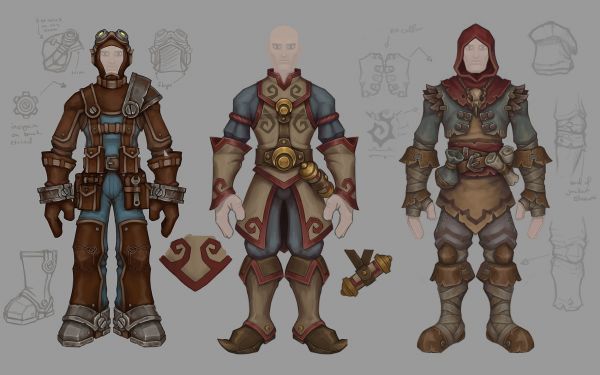 After CES officially announced Torchlight moving its way over to Xbox live arcade, it made a lot of websites interested in the general direction for the co-op enhanced Torchlight 2. VG247 blog has interviewed Runic Games co-founder Max Schaefer asking all the big questions about the sequel that has so far only been scripted for a PC release.

The beginning of the interview addresses the gamer markets need for simply digestible, fun titles that can only be classified as just right - not too long or expensive, but not too casual and Pop-cappy. VG247 asks Max Schaefer about the market for a game like Torchlight and what will influence the development and release of Torchlight 2.

There are a million people out there trying to make WoW-killers, and the standard MMO genre is very, very crowded right now. For whatever reason, there seem to be precious few good action-RPG titles. That was the basis for why we wanted to make Torchlight to begin with.

With the standard idea of a simplified game, the original risk when making Torchlight was leaving out any of the multiplayer aspects. They had to decide whether their development budget covered co-op, and how much people would care if it’s there.

Also we took a couple of gambles with Torchlight that I think paid off, and that was that people just want a fun game, and don’t so much care if it has multiplayer. Assuming there are people that will play a single-player RPG was the biggest risk.

With the sequel it seems the people have spoken: Torchlight is great, but co-op would make the sequel better. One of the biggest things many fans are looking forward to with Torchlight 2 is crawling through those dungeons with your buddies.

I’d say that from a gameplay perspective, our goals are relatively modest for this. Basically, we just wanted you to be able to play Torchlight with your friends, and we wanted to be able to do it, again, without having to do subscription fees, or items sales, or any of the other junk that you generally have to do nowadays to play online action-RPGs with your friends.

There’ll obviously be skills and things that are designed specifically for multiplayer, and we’ll do as many cool things as we can with it, but I don’t think we’re going to be looking for a revolutionary new gameplay style with our multiplayer model. For those curious about how close to MMO territory we’re reaching here, Runic games has not set a co-op cap on how many players can play just yet. We’re hoping for four players as a safe, manageable number. For those that have less interest in co-op and just want to play with their old college roommate only - the game will be playable with any number of players without overwhelming difficulty.

If you’re concerned about a sequel running on your PC, Max Schaefer assures us that Torchlight 2 will run on the same wavelength as Torchlight.

Torchlight II runs on the same graphics engine and technology as Torchlight. Now, since there are more people on screen and there’s a little bit more happening, it won’t be identical in its performance, but it’ll be very, very close. Things are looking promising for the May release of Torchlight 2, what with multiplayer aspects in the gameplay, full campaign co-op, and we can all rest easy about being able to run the sequel if we ran the original. As we get closer to release hopefully we’ll get a bit more information on the gameplay and maybe word on the move to Xbox, until then - enjoy the images. They’re nice.