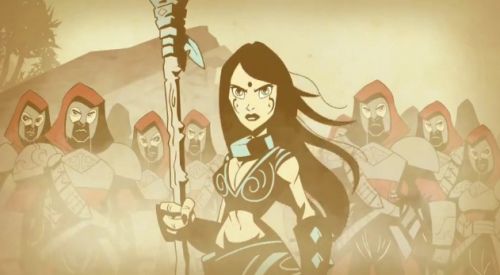 Torchlight 2 has been an illusive tease for quite some time now. We've been positively aching for this game while Runic has been polishing it until it shines. It seems as if our prayers have finally been answered, however: the official word is that Torchlight 2 will release September 20th, a paltry three weeks from now!

Posted on the Runic forums by a dev, the forum post was to the point:

I don't think there's much else I could say that would interest you right now, so -
The official Release Date for Torchlight II is Thursday, September 20th, 2012.
3 weeks away!
We'll announce it 'more' officially and bigger tomorrow.
You know first!
Thank all of you for being an awesome and patient community
We look forward to getting this into your hands!

It sounds like they might have something in store for tomorrow, so we'll certainly keep our eyes pealed for that! The important thing is, however, that we'll finally be able to play this game! Who's excited?!

Torchlight 2 will be launching on the PC with online and LAN 8-player co-op.