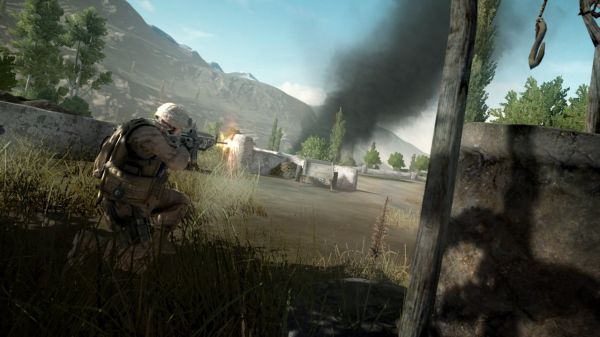 Codemasters have release some brand new screenshots as well as the first developer diary for the upcoming 4 player co-op tactical shooter, Operation Flashpoint: Red River.  The sequel to last year's Operation Flashpoint 2: Dragon Rising will feature all new characters to play as in a squad based combat set druing a fictional war.

The video showcases an "authentic and intensely personal infantry experience" as we get our first real good look at the game's footage.  Players will assume the role of one of four classes: Grenadier, Scout, Rifleman and Automatic Rifleman; and work together to eliminate enemy forces called the Chinese PLA.  Besides new weapons and locations, the game will also allow you to call in airstrikes on the unsuspecting enemy.

There's no official release date yet for Red River, though it looks like it should hit this summer on the Xbox 360, PlayStation 3 and PC.