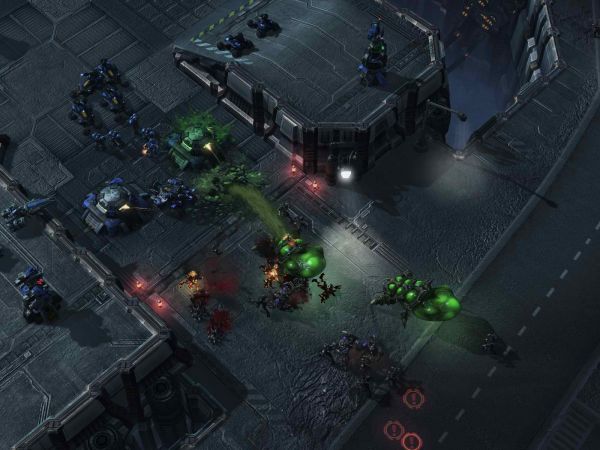 Blizzard has some new game modes for StarCraft 2 available for beta-testing over at Battle.net.  These new modes draw inspiration from some unlikely sources.  Names like "Auir Chef", "StarJeweled", and "Left 2 Die" hint at what gamers can expect.  While none of these may be as noteworthy as the World of StarCraft Land of StarArt mod that appeared last week, two out of three support co-op play, and that ain't half bad.  Actually, that's two-thirds good!

"Auir Chef" is an eight man free-for-all that tasks players with gathering ingredients in order to make special dishes.  These dishes are worth points, and whoever has the highest score at the end of three rounds wins.  Seriously.

"StarJeweled" features a StarCraft/Bejeweled hybrid where gamers match jewels to gain energy.  This energy acts as a resource for building units.  It can be played competitively or co-operatively.

"Left 2 Die" is a two player co-op mode that has a day/night cycle.  Build your defenses during the day, survive the infected onslaught at night.  There is even a "survival" mode where endless night pits players against wave after wave of enemies.

You can find all of these modes under the multiplayer tab in the custom games window.  Remember, these game modes are in their beta, so Blizzard would appreciate feedback.  You can find more information about the game modes and how to leave your impressions on them here.

One wonders if the makers of Iron Chef, BeJeweled, or Left 4 Dead will pull any videos of these mods off of YouTube, but that seems unlikely.