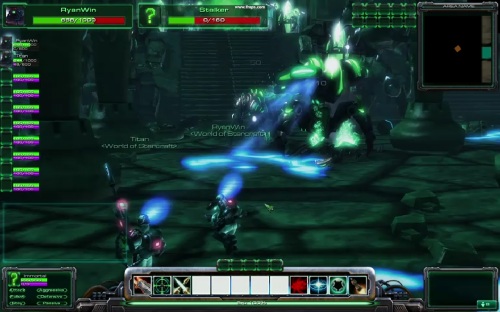 What happens when you put together two things that are awesome?  Apparently, you get awesome squared; need proof?  Just check out Starcraft 2 mod called World of Starcraft.  It combines two things we love (namely, World of Warcraft and Starcraft 2) into something that can only be described as "full of win".  Though the mod is only in a pre-alpha state at the moment, it looks quite highly polished already.  So far, the focus is on Terran infantry units as player characters, but can Zerglings or Zealots be too far behind?  The real question here is: why didn't Blizzard do this themselves, five years ago?