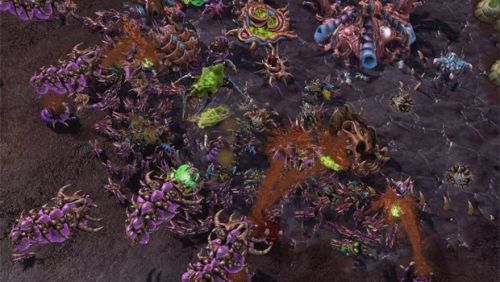 The next chapter in the Starcraft 2 sage has finally found its release date! Those that can wait patiently until March of next year will be quite pleased with what they can grab through pre-ordering.

The time has come! Blizzard has confirmed that the highly anticipated Starcraft 2 expansion, Heart of the Swarm, will release on March 12 of next year! Combined together, both the expansion and the current installment, Wings of Liberty, will net approximately $59.99 on PC ($39.99 individually). Since this picture of the Collector's Edition is so epic, we'll be posting it a second time in the gallery below.

Gamers that want to purchase the Digital Deluxe version of Heart of the Swarm will also receive bonus content and extras, including an awesome rendition of the Hero Unit, Torrasque, for their in-game Ultralisks, some exclusive Battle.net portraits and decals, a unique Baneling pet for their online World of Warcraft account, and a brand new Diablo 3 sigil (including Zerg wings for one, lucky hero). What’s even better is that if you don’t buy the Digital Deluxe version right away, you can upgrade your Standard version ($39.99) to match it for only $20 extra dollars.

Getting even more super, those that purchase the Collector’s Edition version will get everything included in the Digital Deluxe version of the game and then some. The addition of a DVD/Blue-Ray disc with behind-the-scenes footage, an exclusive game soundtrack, a hard-cover Heart of the Swarm concept art book, and a “Zerg Rush” mousepad should make the additional cost of this addition worth the price (going for a total of $79.99). For any fan of the Zerg race, this is the ultimate edition to grab while you can.

Look into getting all of these awesome bonuses before Heart of the Swarm releases this March!