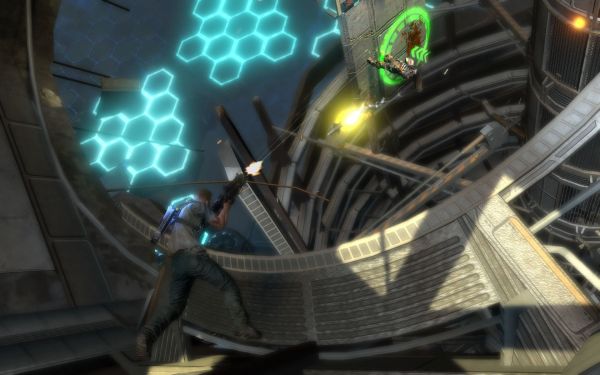 It's been awhile since we've talked about Inversion, an upcoming sci-fi shooted from Saber Interactive (the folks who developed Timeshift). The last time we talked about the game, it was expected to release sometime in 2011. A few days ago, however, publisher Namco Bandai gave it a solid release date for Feb. 7, 2012. That's right - a year from today you may be spinning objects in gravity fields you've created using the Grappler weapon and hurling your body through space in zero gravity environments. The extra year will be used to give the game a suitable polish.

Inversion will have 2-player online co-op where players can take control of either Davis Russel (a 28-year old cop) and Leo Delgado (Davis' neighbor). Little extra information has been released beyond what we knew already, but as the game now has a release date, we expect we'll be hearing lots more about it in the coming year.