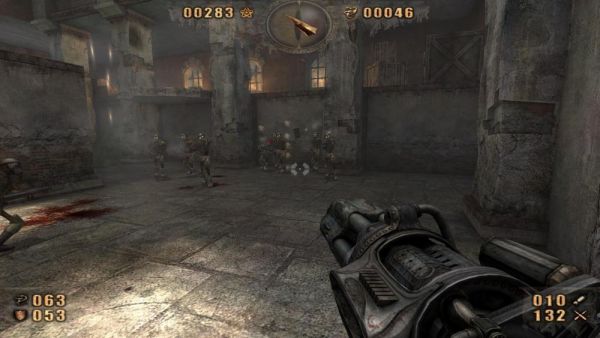 Painkiller Redemption is a new stand alone expansion pack for the Painkiller series which promises dozens of new levels in a seven to ten hour campaign with over 6000 "uniquely spawned monsters."  The best part about this expansion, which supports four player online or LAN co-op, is the price - $5.  A little math reveals a CPDM (Cost Per Dead Monster) ratio of just .083 cents - seems like quite the bargain to me.

The release date for the game was recently revealed by publisher JoWood and that date is February 25th  - a little over a week away.  I have fond memories of staking zombies to the walls the original Painkiller - so I just might pick this one up for its price.  It should be noted that this game is still based on the original 2005 engine - so it will look a bit dated.  That said, word on the street has the game getting some graphical and texture upgrades - just don't expect a miracle.  Hey, what do you want for $5?

You can pre-order the game now at GamersGate.com.

Update:  2-26-2011 - Now that the game is out, it seems the information we were provided is incorrect.  There is no co-op mode in PainKiller Redemption.  Sorry for the confusion!  Sadly we only have the information provided by the publishers to go on prior to release.