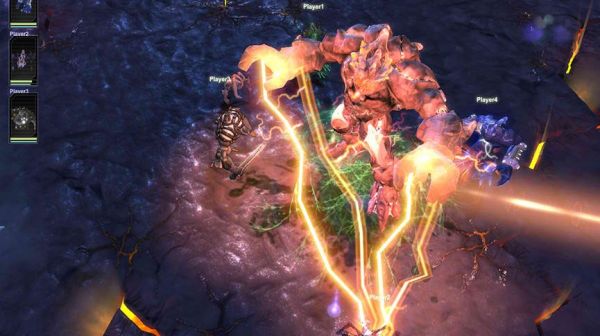 Developer Maxis looks to be ironing out the kinks in Darkspore before its March 29th release. The game is currently in private testing, but a public beta will be accessible this Friday, February 18th.  Players will get early access to all the four player co-op action and hero editing they can handle.  The new trailer boasts plenty of collecting, customization, and combat.  Head over to beta.Darkspore.com to sign up.

Darkspore is a Spore/Diablo hybrid, mixing the customization of Spore with the lootopia of Diablo.  Darkspore will be released on March 29th on the PC.  The title supports four player online co-op.

G4TV listed these dates for the availability of the public beta.  There's still plenty of time to get early access to Darkspore.