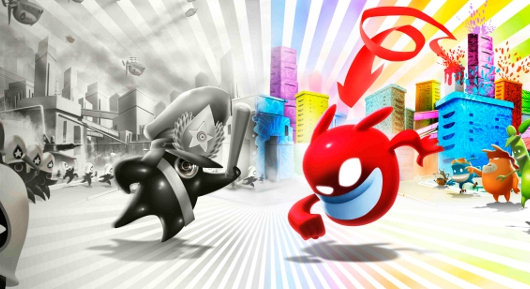 People don't typically think of the de Blob series has the pinnacle of high definition and home theater entertainment - after all - the first game was a low-def Wii only affair.  But all that has changed with de Blob 2 which will hit the Xbox 360 and PlayStation 3 as well as the Nintendo Wii when it launches next week.  Further, the game will actually support 3D visuals on the PS3 and 360 making it an unlikely candidate to show off your swanky new 3D HDTV.

Not to worry - THQ will give you one for simply clicking a "Like" link on Facebook.  Doing so enters you to win a Mitsubishi Diamond 838 3DTV.  Think of how impressed your local co-op partner will be when he or she comes over and gets to play on that!