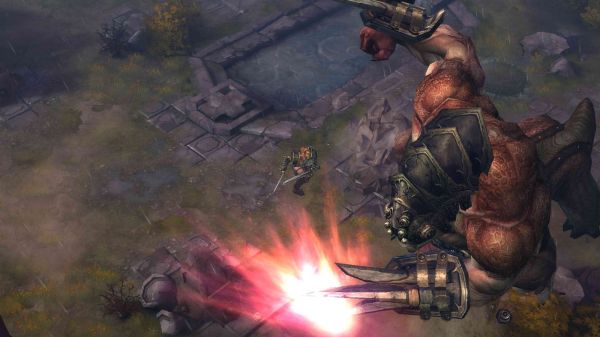 I want to paint this on the side of a van.

It seems that Diablo 3 is definitely maybe heading to consoles, probably.  Again.  This all seems eerily familiar.  According to CVG.com, a new job posting on Gamasutra called for a Senior Producer for "Console Diablo 3."  Seriously?   Didn't we cover this story back in November?  Didn't Blizzard deny the rumor with a quote similar to (and by similar I mean this exact quote right here):

Please note that this is not an announcement of a console title. We are first and foremost developing Diablo III for Windows and Mac PCs and don’t intend to allow any possibility of a console interpretation to delay or affect the release of the game.

Didn't I already lose my mind trying to deduce exactly what is going on over at Blizzard? Joystiq.com has Blizzard Entertainment CEO Mike Morhaime on the record saying:

I think you could make an argument that a game like Diablo might play very well on a console.. It's something that we're actually doing an investigation into to see if that could make sense.