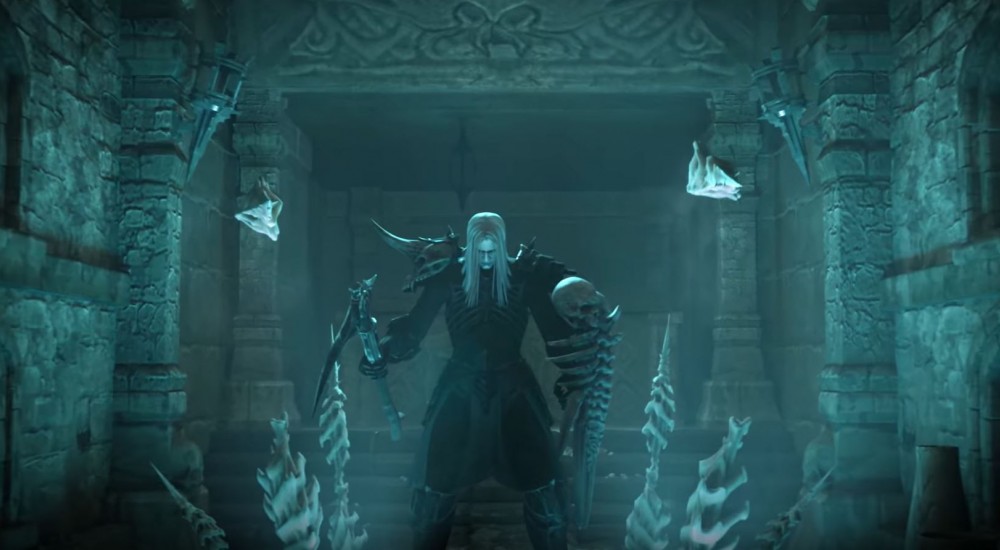 While many were hoping that Blizzard would announce the next entry in the Diablo series at last week's Blizzcon, it appears that all we'll be getting is the return of a familiar class: the Necromancer. Sometime next year, the Rise of the Necromancer pack will be available for Diablo 3 on the PC and the Ultimate Evil Edition on PlayStation 4 and Xbox One.

The pack will net you the Necromancer class, which has gone through some tweakings since its last appearance, as well as a few other goodies. Specifically:

There's no word on a price for this pack, or when it will be released, but they do detail the prerequisites for it: the "Reaper of Souls" expansion. So if you haven't picked that up for the PC version, or you have the standard (i.e., non-Ultimate Evil edition) Playstation 3 or Xbox 360 version of the game, then you won't be able to play this new class until you remedy that situation.

In addition to the Necromancer news, Blizzard revealed a little treat for longtime fans of the series. They'll be adding a new area to explore to the game's "Adventure Mode" this January: the original Diablo. Yup, it sounds like you'll be able to relive some of the iconic moments from the first game in the latest game. From Blizzard's news post over on the Diablo 3 Battle.net page:

Head to Old Tristram in Adventure Mode during the month of January to discover a portal where you can explore a Diablo III recreation of the events that transpired in the original Diablo. Filled with iconic enemies, familiar faces, and some old-school items, this event is a nostalgia-packed adventure down memory lane. Transmogrification rewards, achievements, and a few extra surprises await those brave enough to plumb the depths below Tristram.

The "Darkening of Tristram" will feature 16 levels to explore and the four main bosses. This free content will also require that you have the "Reaper of Souls" expansion.

Finally, the Necromancer and Diablo recreation aren't the only announcements worth highlighting. As Kotaku points out, Diablo 3 players will be getting some nice improvements (like an Armory that lets you save your character setup and swap between them) and requested features (seasons on the console) next year as well.