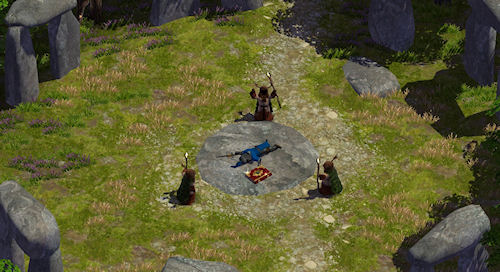 Has your copy of Magicka been crashing lately?  Do your spells not have that zip, or zap?  Does is seem like there has been a spell of stuttering cast on your frame rate? Never fear, an shiny new update is here.  Steam has just released a title update that fixes many issues in the game.  We appreciate it, because we liked Magicka a lot, giving it a 4.5 out 5 in our Co-Op Review.  Read on to see what problems have been remedied.

Fixed a crash when spawning too many greasefields or tornados in a network game.

Fixed a network bug where multiple damage types in a single damage message was read incorrectly.

Fixed a network bug where if a character had more than one status effect other clients would read it incorrectly.

Fixed kills with beam-spells for characters without gibs.

Made some optimizations to the network messages.

Made some optimizations to the physics library.

Fixed a bug where some effects would turn invisible when spawned in certain angles.

Fixed a thread issue on game startup which resulted in a crash for some users.

Fixed an issue where the audio engine would cause a crash when quitting the game.

Fixed an issue where if a gamepad tried to navigate the menu while changing chapters it would cause a crash.

Fixed a bug in Chapter 2 Boss where he would be stuck in single state (ranged attack).

Fixed the duration and range of spray type spells.

Network uplink bandwidth, while improved, can be demanding.

Characters can in rare cases fall through the level collision mesh, this is due to lag or poor framerate. Many general network improvements and general optimization will reduce this risk.

The game may appear to be stuttering even though framerate is good.