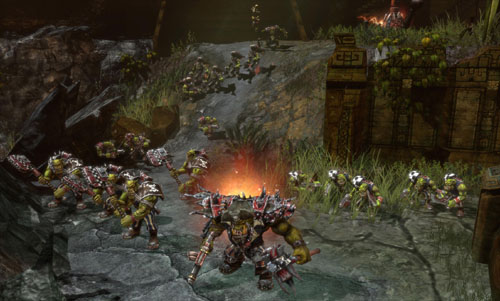 We've done some ranting and raving here about Dawn of War 2. From an interview about the original Dawn of War 2, to a video review of its expansion, Chaos Rising, to co-op nights and no too few This Week In Co-op sessions, DoW2 has gotten some significant play-time around here. I think it's fair to say we enjoy it. Good news for us then, because DoW2's stand-alone expansion, Dawn of War 2: Retribution, releases tomorrow. DoW2: Retribution will be abandoning the Games for Windows support in favor of Steamworks. The campaign will also let you play as more than just the Space Marines (yay!), letting you also control the Tyranids, Chaos Marines, Orks, Eldar, and Imperial Guard in full co-op support.

Check out the launch trailer below, and prepare to smash some stunties tomorrow!