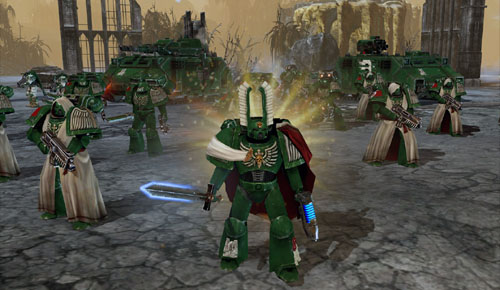 After giving Dawn of War 2: Retribution an impressive 4.5 just a week and a half ago, we're certainly happy to hear about how Relic plans to continue to support their fantasticly co-opable RTS. As it so happens, two servings of DLC will be offered up this coming Wednesday, April 6th.

The second DLC that launches the same day is specific to the game's Last Stand Mode (the co-op survival mode). For the reasonable price of free, this DLC will add 12 new Steam achievements, but it gets better than that. Upon each achievement unlock, you will be granted a new piece of wargear which you can equip on your hero. Imagine, achievements with functionality!