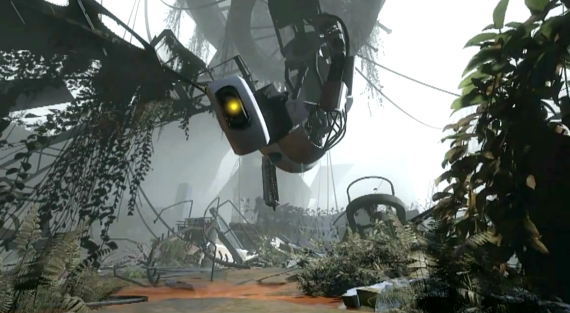 Are you ready for this?  It's time for the co-op games of mid-to-late April!  Woo-Hoo!  This week we've got the retail releases of some XBLA classics!  Wii's only FPS worth mentioning gets a sequel; and Navy SEALs infiltrate the PS3.  I feel like I'm missing something...  Oh yeah, Portal 2 comes out tomorrow.  It would have come out earlier, but you didn't give Valve enough time and money.  Shame on you.

The Conduit 2 (Wii)  Didn't this game come out months ago? I guess not.  Battle the Drudge Horde with friends.  4 player local co-op.

Portal 2 (360, PS3, PC) The only thing funnier that the numerous Cave Johnson ads promoting Portal 2 are the negative user reviews for the original Portal on Metacritic.  Check them out.  They'll make you QSID.  (Quietly sigh in despair) 2 player local or online co-op.

SOCOM 4: U.S. Navy SEALs (PS3) You've played the beta, but are you ready for the real thing?  Seriously, play this then go talk smack to a real Navy SEAL.  You should be evenly matched. 5 player online co-op.

Here are some Amazon links so you can get your shop on.  We included the big non-co-op games, as well, because lonely gamers need love, too.

If we are missing a game, please, leave a comment mentioning it.  Maybe someone will see it and enjoy it.