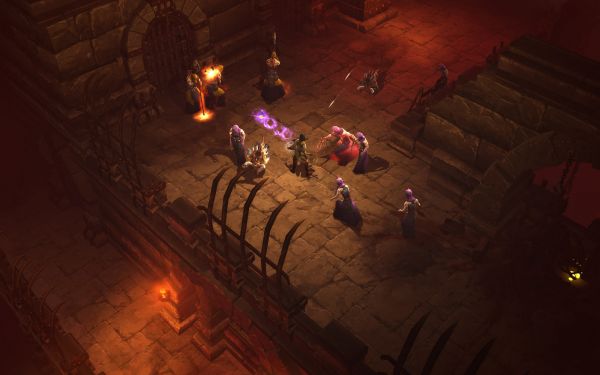 That sound you can almost hear is the millions of Blizzard fans quietly jumping up and down in excitement at the same time.  Giddy as a bunch of Japanese school girls these fans are a fluster for good reason - Diablo 3 producer Jay Wilson has gone on record to say the game is nearing completion.

We’re definitely in the home stretch. We’re crunching. This is when the magic happens.

An article at the New York Times details some new information about Blizzard's latest.  After playing the latest build for a few hours, our previewer Seth Schiesel, talks about the game's randomization system and the "slot machine" effect it has on gamers.  That effect is the drive to keep killing mobs in hope for that one truly awesome piece of loot.

Its this core mechanic thats currently taking up Blizzard's time - not the actual randomization of the objects - but how to integrate the game's co-op trading mechanic into the game so when your wizard gets a double bladed axe he can trade it for a magical staff with his buddy - and not necessarily in the same game.  It seems that Blizzard might be taking a page out of World of Warcraft and bringing item trading functions outside an immediate game and into a social space.

So whether we see the game in 2011 or 2012 is yet to be seen, but when Diablo 3 hits computers you can be sure we'll be trading our time in on this one.