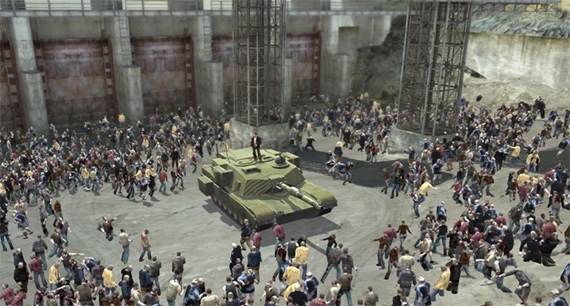 In a recent lecture at a Kyoto University, former Capcom studio head and game design legend Keiji Inafune revealed just how close we came to missing out on the Dead Rising and Lost Planet franchises.  Apparently, Capcom's sequel-itis wasn't due to a lack of creativity, it had to do with banking on a sure thing.  Everyone knows we are actually on the 14th or 15th installment of Street Fighter.  Resident Evil has been around forever, and no mortal knows how many Mega Man's exist.  Dead Rising and Lost Planet were rejected outright in the prototype stage.  One would assume that if Inafune would have titled the games "Dead Rising X4" or "Lost Planet Alpha 3: The New Challengers" they would have been green-lit for a dozen games each.

Inafune is a determined man, so he did what anyone would do.  He made them anyway.  He went so over budget with development costs that he forced Capcom to greenlight the projects in order to recoup their losses.  Of course, Capcom's love for creating sequels benefited us greatly with Dead Rising 2 and Lost Planet 2.  Both games support co-op play.  And if what they're doing with the Dead Rising franchise is any indication (Dead Rising 2: Case Zero, Dead Rising 2: Case West, and Dead Rising 2: Off the Record), we can look forward to many co-op games in the future.  At least until they crush the life out of the series, at which point they'll just re-boot it.