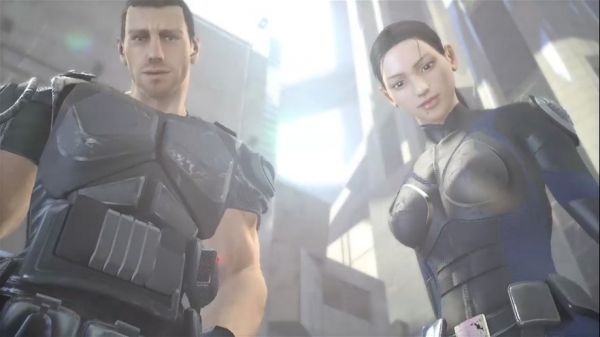 It always makes me proud to be a gamer when the "new game" scene gets its hands on a solid game. Not a puzzle game, not a score-based game, not a mindless shooter, but a game with story, machines, and flesh and blood. Binary Domain looks to encourage the use of flesh and blood on the Xbox 360 or PS3, as the machines have taken over - and their intentions aren't so pure after they're granted an ego and emotions. The machines in Binary Domain started off as simple workers, but became a formidable enemy as they take on more and more human traits.

The trailer we've seen tells it pretty well, but reading the note released by the games director, Toshihiro Nagoshi really brings this world to life.

The core concept of this game from the beginning is life; the project code name from the start was in fact "Inochi", which means "life" in Japanese. The most distinctive way of differentiating a creature from a machine is "life". However, we also know that machines can be given a form of life when created by man. Is it possible that the differentiation is becoming less clear and machines are actually becoming more like humans?

Binary Domain is a project of Sega/Team Yakuza set to be released sometime in 2012. Since it's still early in the development stage, we're hoping to learn a lot more about the characters involved, and the precise details of co-op - which appears at the moment to be 2 player. It's looking like a great third-person tactical shooter, humans against machines, with a beautiful look to it already.