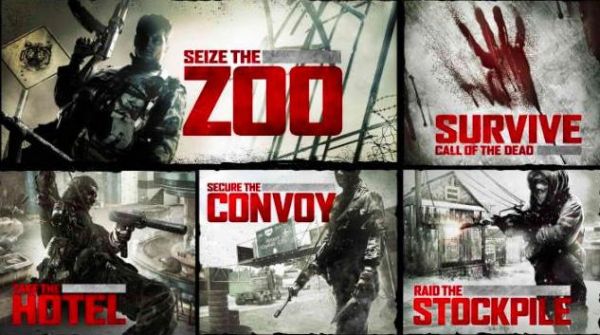 The Call of Duty: Black Ops map pack is out on the PC complete with four new versus maps and a brand new over the top co-op zombie map.   Just how over the top is it?  It features famed director George A. Romero, Robert Englund, Sarah Michelle Gellar, Michael Rooker and Danny Trejo kicking zombie ass and whipping one liners, as well as an original music track from Avenged Sevenfold titled "Not Ready to Die."

To celebrate the map pack's release, Activision is holding a double XP weekend this weekend in Black Ops.  The bundle will set you back $15.  You can read our impressions of the maps right here.

Update:  We've just gotten word that the PS3 version of the content will be available to download on June 10th.