The Co-Opticrew is gearing up for E3 2011 which kicks off Monday June 6th with the press conferences and runs until Thursday, June 9th.  We've got a loaded calendar loaded with 40 appointments - most of which is to see cooperative titles.  Lets take a look at what you can expect in terms of our coverage for the week which includes conferences, demos, and hands-on time with games.

6:00 PM - There's a Microsoft tweet up that we'll be attending, most likely nothing will be announced, but we'll be tweeting from the event.

12:30 PM - EA's Press Conference.  Cell coverage is always iffy in the location, but Andrew will be on the ball with news directly out of it from HQ.

2:30 PM - Ubisoft's Press Conference.  Just down the street from EA, we'll be getting glimpses of Ghost Recon and other Ubisoft goodies.

5:00 PM - Sony's Press Conference.  The big mea culpa with plenty of news followed by hands on with their games and the NGP.

9:00 AM - Nintendo's Press Conference.  Getting the skinny on the new console! 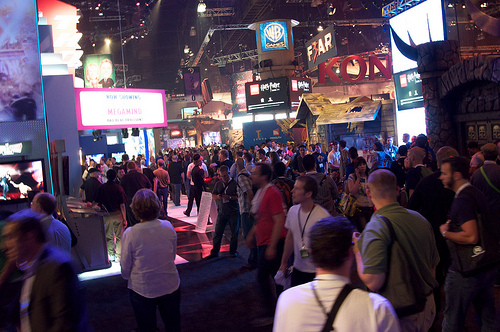 There won't be specific times for coverage, but we'll take you through publisher by publisher of what we plan on seeing on the show floor of confirmed co-op titles.  Expect news, pictures, tweets and more!

Warner Bros -  FEAR 3, Lord of the Rings: War in the North

Sony - Uncharted 3, Ratchet and Clank: All 4 One, Resistance 3