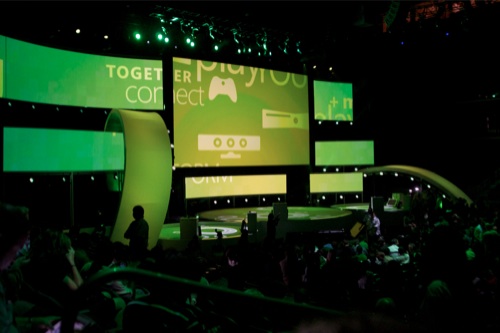 Microsoft's E3 2011 Press Conference seemed to have its ups and downs.  While titles like Mass Effect 3, Modern Warfare 4, and Gears of War 3 (ICE-T and Cliffy B co-op!) shined, other titles didn't look so hot - like Star Wars Kinect.  Some of the most interesting things to come out of their show though were new technology demos for their system - Bing Search, Avatar Scanning with Kinect, 3D Object Scanning and numerous other little tweaks and features for their console.

It was a solid briefing over all and there's a definite focus on the Kinect for Microsoft and the Xbox 360.  Whether that's a good thing or not remains to be seen.  For now enjoy some pictures from the briefing.