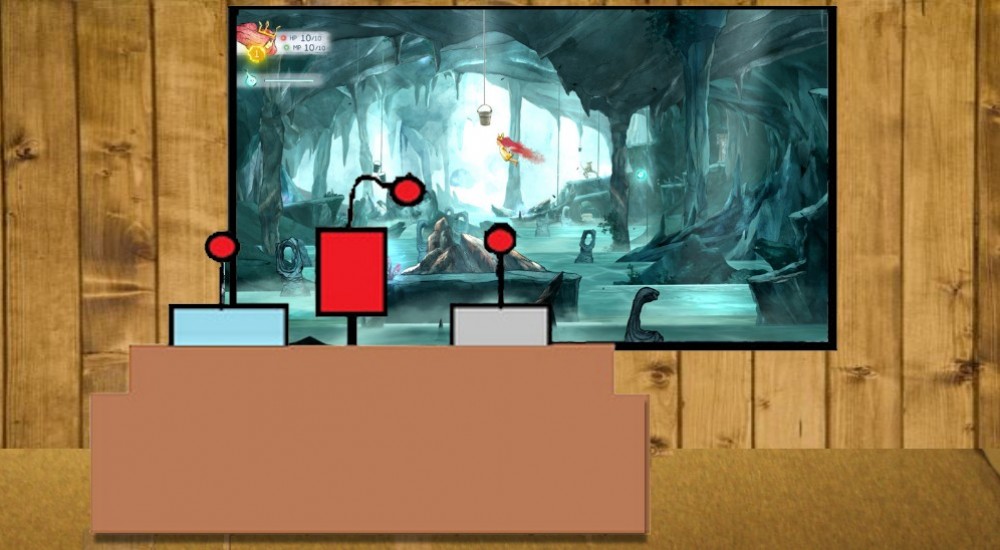 Child of Light came out this week and a few staff members have opted to balance out their dark addiction with a sample of the game. That doesn't mean they are abandoning their souls collecting all together, simply, slowing the intake.

Nick Puleo (@NickPuleo) - "I'm in the mood for an FPS so I might dig into my Steam backlog and see what turns up. Perhaps jump back into some Battlefield 4 or Titanfall."

Mike Katsufrakis (@Pheriannath) - "I'll be exploring the duality of man by playing both Dark Souls 2 and Child of Light."

Marc Allie (@DjinniMan) - "I too will be enjoying Marvel Dice Masters, plus playing a little LEGO The Hobbit and maybe finally cracking level 70 with my Crusader in Diablo 3."

Jason Love (@JLove55) - "I'll be continuing my journey through the realm of Drangleic in Dark Souls 2 with my faithful cleric Shillelagh, and diving into a couple indie titles as well."

Eric Murphy (@smurph_em)-  "I'll be picking Halo games at random until my wife decides which one she wants to play... Which means there's a good chance I'll be playing Peggle 2 instead."

Locke Vincent (@LockeVincent) -"Child of Light is looking pretty dope, do I will have to dive into that before I continue on with Dark Souls 2."

Tally Callahan - "I have many nerdy tabletop games to play, including Marvel Dice Masters and Warhammer Diskwars. "

Sam Tyler (@thereelsamtyler) - "Its coming up to a Bank Holiday weekend here in Britain, so that is three days for the price of two.  I'm still playing Assassin's Creed 4 and will try and have another go of Shoot Many Robots."

Chris Metz (@The_Lemko) - "Team Fortress 2 has me hooked for some reason... Can't fight the urge to go Pyro!"

John Bardinelli (@itsamejohn) - "Catching up on some indie releases this weekend. Who knew Super Avalanche would take up all of my time?"

Taylor Killian - "Gonna be clocking in more time in the changing room on Bravely Default, but I'll be diving head-first into some Dark Souls as well."