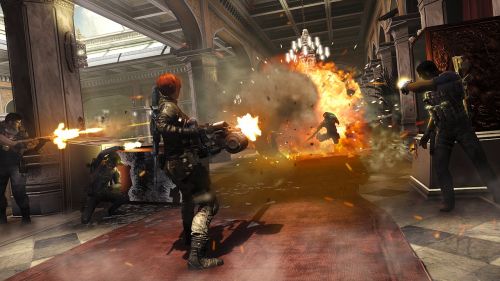 Boom goes the infographics!  Everyone loves them. I think.  Either way we've got them for you to check out for Fuse, the upcoming Insomniac Games co-op shooter that looks to have some solid potential. The one sheets show off the character, some background, their weapons and skills and how they'll behave in the game's four player co-op campaign.

Fuse will be out later this Spring on Xbox 360 and PlayStation 3 featuring 4 player online co-op, 2 player local co-op and combo co-op support.  Just click the images below to see the larger version. 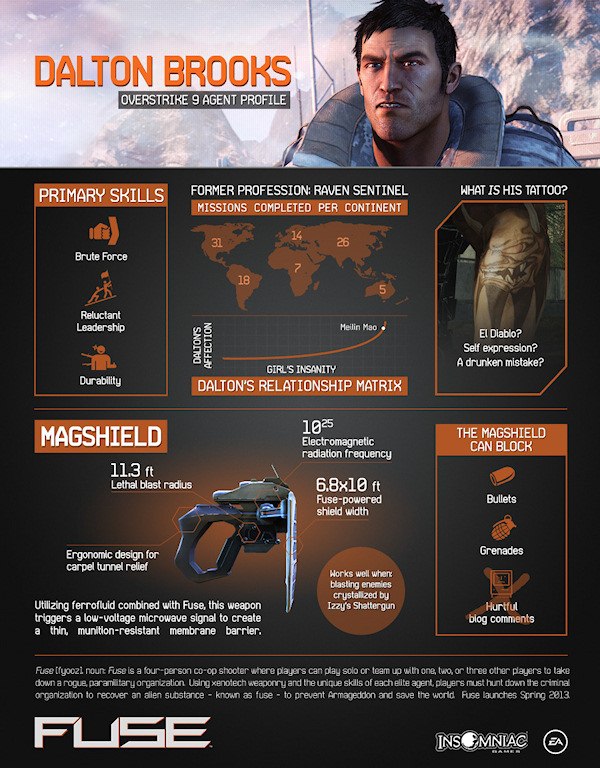 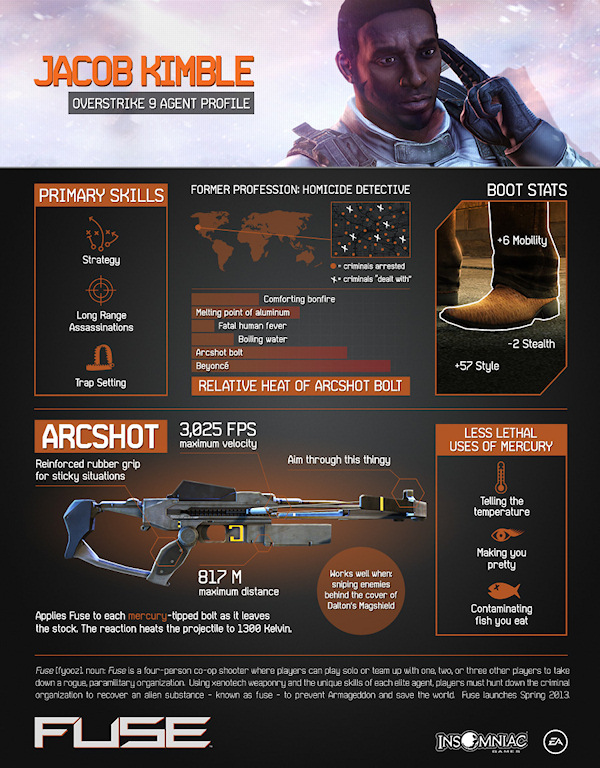 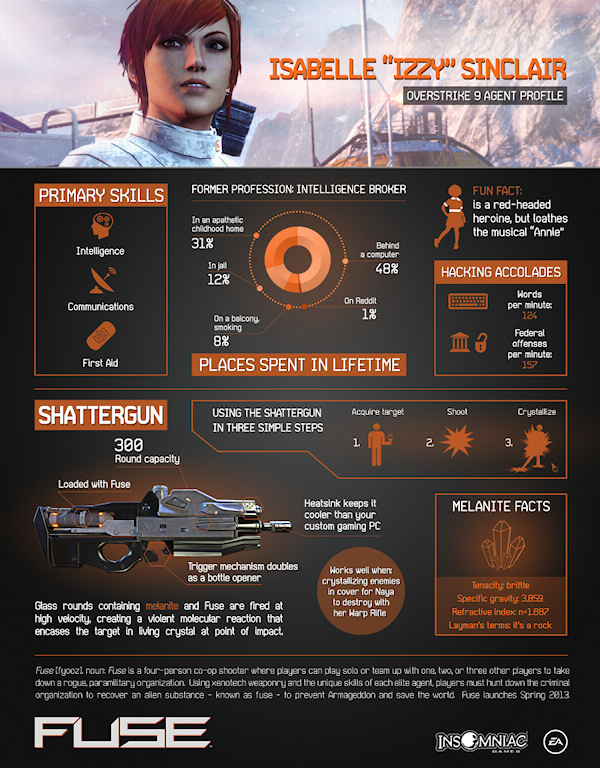 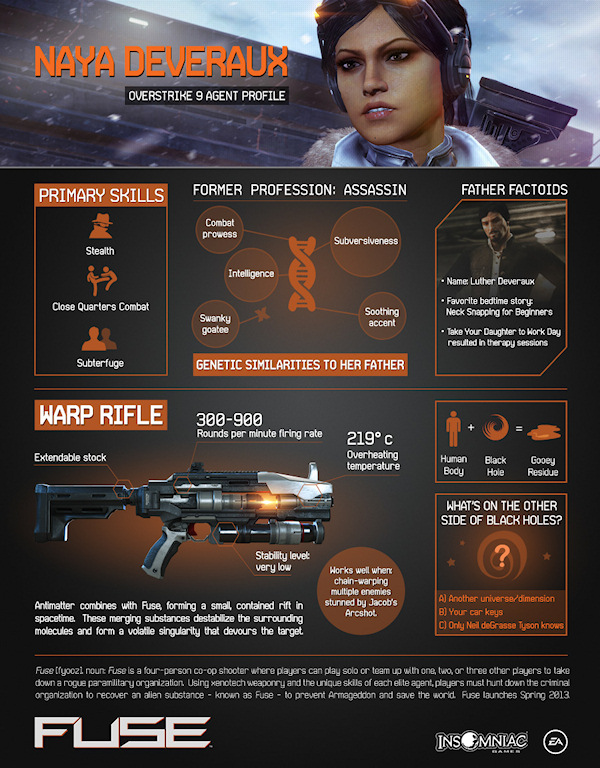