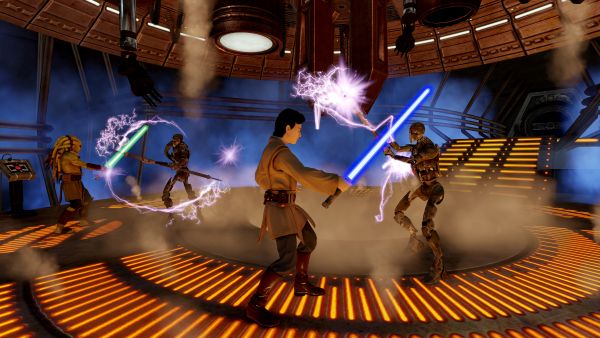 This morning LucasArts sent a fact sheet out on the Holonet for Kinect Star Wars, and it confirmed two player local co-op support for at least one of its multiple modes. According to our on-the-scene Galactic News reporter, Nick Sunrunner, the gameplay looks like it has something to be desired.

The developer in charge of Kinect Star Wars is none other than Terminal Reality, who was also responsible for our beloved Ghostbusters: The Video Game. Here's hoping they can pull it all together before their target release window of holiday season 2011.