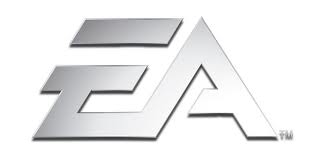 EA's E3 2011 press conference was this afternoon following Microsoft out of the stables. They kept things mostly low-key for a press conference in LA, taking up a small stage in the Orpheum theater - rocking a loud sound-system and a large screen to show off their titles, and boy did they ever show off some beauties.

First up was a lengthy trailer and hands-on demonstration of Mass Effect 3 that makes this girl wish she'd played the first two in the series (and encouraged me to consider going back to review the series). The gameplay emphasized the sheer scale of Mass Effect 3 compared to the last two, and really showed how much the series has grown. They were also pretty big on the lens flares. J.J. Abrams would be proud.

We also saw quite a bit of Need For Speed: The Run, Star Wars Old Republic, SSX, Fifa '12, and Madden 2012 - followed by a beautiful game called Kingdoms of Amalur - The Reckoning with a huge talent team behind it. Then we saw some co-op.

Insomniac games came on with a fun preview trailer for a game called Overstrike. Overstrike is heavy on the humor with a team of four misfits, each playable with different abilities.

Last but not least on the list of demo'd, shown-off games from EA is Battlefield 3 which, even as a non-war-game-fan, looks entirely impressive. Night vision, tactical goals, and freaking tanks. That's enough for me to say "oohhhh." Enjoy the images, and we'll look forward to seeing more on these games on the show floor.