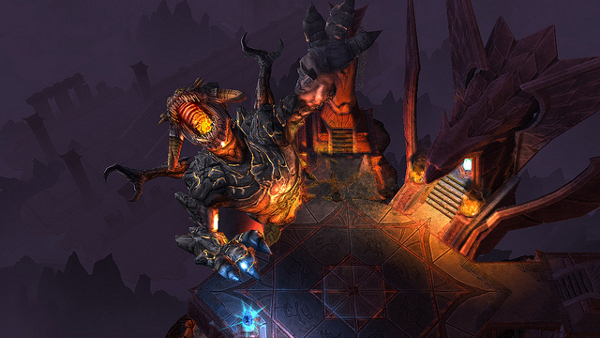 There are only a few things you need to know about Ruin, an upcoming game from Sony San Diego, for it to pique your interest...

- It's the first PS Vita game announced with confirmed co-op.
- It features cross-platform play between the PS Vita and the PlayStation 3.
- Cloud saving feature will save your game progress to both versions (if you own both).

It's also worth noting that previews are comparing Ruin's gameplay to the popular dungeon crawler Torchlight, and that it will include social media integration for Twitter and Facebook.

At this point we're not sure how many players Ruin will support. We'll bring you more details as they surface.