Today's featured game is not what most people would generally think of as a co-operative experience.  I certainly have more than my fair share of memories of playing against others, and not with them, in this classic title.  However, the co-op experiences I had were particularly memorable, and in fact may have saved my life.  That may be an exaggeration, but still, co-op probably prevented me getting punched in the nose, at the very least.  Let's look, then, at the co-op aspects of what I consider to be the greatest video game of all time, bar none: StarCraft.

Let's flash back to the mid 90s.  The first person shooter has hit the PC gaming world by storm.  Shooters like Quake, Hexen, Duke Nukem 3D, and many more were the games of choice for LAN parties.  Typically, I'd get together with friends every weekend to hook up and play some deathmatch .  When I got my own place, my two roommates and I got our PCs linked up as quick as we could.  I have many, many fond memories of staying up til dawn playing Diablo, Duke Nukem , and many other titles.  It seemed though, that we played FPS games the most often.  This was quite unfortunate, because I totally suck at shooters.  I still do, whether we're talking keyboard only,mouselook, or on a 360 controller.  I always had a good time, but rarely did I do very well. 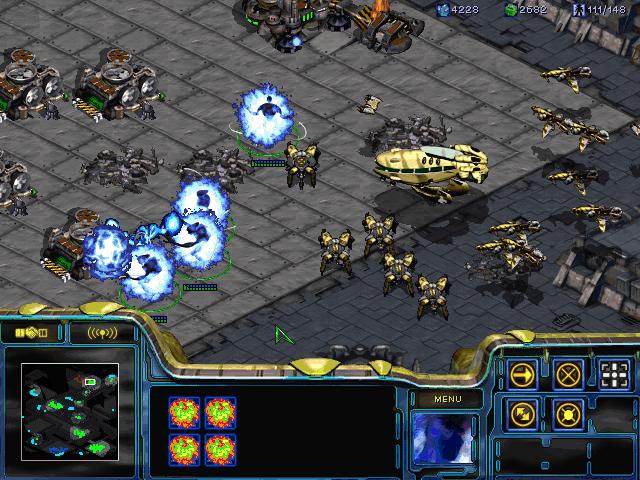 And then, there were the real time strategy games.  I had totally hooked on them, from Dune 2 to Warcraft to Command & Conquer.  (I have to confess, sneaking 2 commandos into the backside of my roommate's undefended base while I distracted him with a frontal attack, resulting in the loss of most of his buildings, is a treasured moment to me.  I know he felt differently though.)  I learned to play a bit nicer and not try to totally destroy my friends every game.  I don't mean to come off as a braggart, but there's something about these types of games that clicks with me, and I've always been good at them.  It was quite unusual for the FPS whipping boy to become the king of the hill when we fired up the RTS games.  Considering we played C&C and the like only a bit every once in a while, I got my time to shine, and then it was back to eating rockets and getting squished by shrink rays.

Trust me, I'll get to the co-op part soon.  A huge change in my play group's game choice came about when StarCraft was released.  It totally blew every other game in the genre out of the water, and was so well polished that we all fell in love with it, and it took up the vast majority of our LAN sessions.  So, after we've played StarCraft hardcore for a few months, I'm noticing something.  I'm winning many free-for-all matches, and most of team games we try, my team wins.  As a result, I'm getting ganged up on.  That's only natural I suppose, but then I caught a few of my buddies conspiring from the very beginning of a game to kick my butt.  At first, I welcomed the challenge, but after a while it really grated on me, and I started using "cheap" tactics that our group had forbidden.  Hey, if they are gonna gang up on me, anything's fair, right?  Zergling rush before their defenses are up?  Yup.  Air drop a couple Reavers into their worker line, and kill them all in seconds?  Sounds good. 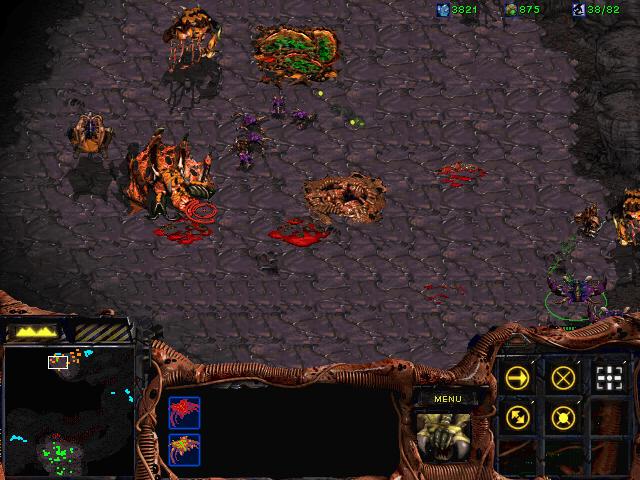 Now, as you can imagine, this made for some very intense sessions.  It also caused some serious arguments, and the hard feelings would often last for a while.  When you're mad that your roomie took you out of the eight man free-for-all within minutes, and you sat on your butt until the game was over, and then they compound the offense by leaving a glass in the sink for a week, things can get rough.  Luckily, right about this time, the user created maps started rolling out.  One of them in particular caught my eye: Starship Troopers.

In this map, players fought against wave after wave of Zerg units masquerading as the bugs from Starship Troopers.  We all tried it out, and loved it.  Instead of playing against each other, we were working together against a common opponent.  It totally changed the tone of our sessions.  Instead of getting angry, arguing, and acting mad all the time, we were giving high fives and having a fantastic time.  True, we could have just played against AI opponents on standard maps, but when you have 5 or 6 guys, 2 or 3 computer opponents isn't enough. 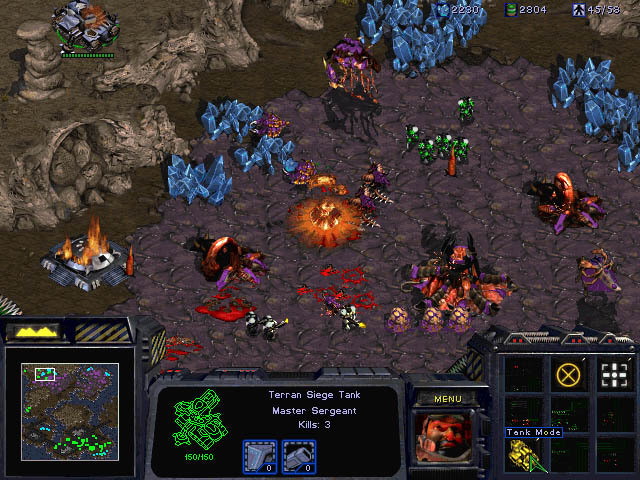 This got my creative juices flowing.  Starship Troopers was fun, but you were limited to playing Terrans vs. Zerg.  That's one set of tactics, but just a small portion of the overall StarCraft experience that we craved.  With this in mind, I started making my own maps to use for our sessions.  First, I concentrated on a 3 humans vs. 5 AI map.  This was perfect for me and my two roommates to play when the other guys were gone.  I created a map with three bases at the bottom, and five at the top, separated by an enormous expansion with a boatload of crystals and gas.  This worked fairly well, but eventually it became too easy.  I began fiddling with the editor, giving the AI lots of advantages, like more resources, extra units, and the like.  With a lot of tweaking, it became our favorite map.  Eventually, I made similar maps for up to 6 players, and they were just as fun.  I'm not usually one for making a bunch of mods for games, but in this case, I totally enjoyed myself and I know my friends had a good time with my creations as well.

Our gaming sessions had always been fun, but the aura of tension that came over us when we got so involved in StarCraft was gone.  No longer was I angry at getting ganged up on.  Nobody was pulling any cheap tactics anymore either; well, against a friend, anyway: the AI was subject to more than one naked bum rush in our many sessions.  Instead of pulling out all the stops to defeat the other players, and be the last one standing, we were co-operating instead.  It was as though a cloud had lifted and the sun was shining in.  My roommates and I were getting along better, too.  Now, if I saw a glass in the sink, I'd stick it in the dishwasher.  Our friendships, which had been strained, to say the least, were repaired and perhaps even stronger than before.  And all because of co-op gaming, folks! 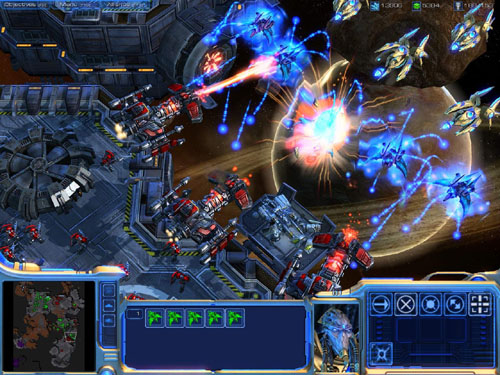 These many years later, I still look back fondly on this time of my life.  StarCraft is without a doubt the finest game I've ever played.  Being able to share the experience of playing such a magnificent game with my buddies was perhaps the defining moment of my gaming life. StarCraft II is just over the horizon, and to say that I am excited about it is an understatement.  Given Blizzard's track record of amazing editing tools, I am certain that the modding community will be just as strong for the sequel as it was for the original StarCraft.  Who knows?  Maybe the community here at Co-Optimus can work together to create the ultimate co-op mod for the sequel to the best game of all time...