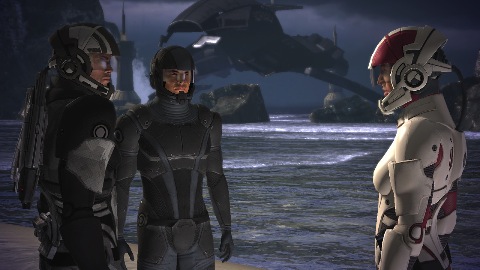 So take this one with a huge grain of salt, as it's one of those he said/she said kind of things.  According to a post on CoG there was a link on a Norwegian board to a Gamespot article detailing a bunch of features for the upcoming Mass Effect sequel.  The link has since been pulled, but the information is still available.  Amongst all the nugget of goodness that will be in ME2 is a new expanded squad (up to 5) and the ability to bring human players into that squad for full 5 player co-op.

Some other rumored features of interest include the ability to import your Mass Effect 1 character, a raised level cap of 120, and weapon customization.  According to the post the game is set to have a 6 month timed exclusivity deal with Microsoft for the Xbox 360, because even though Microsoft Game Studio published the first title, Electronic Arts now owns the rights.

Again, right now this is firmly filed under the RUMOR category, but it's one that we truly hope is true.