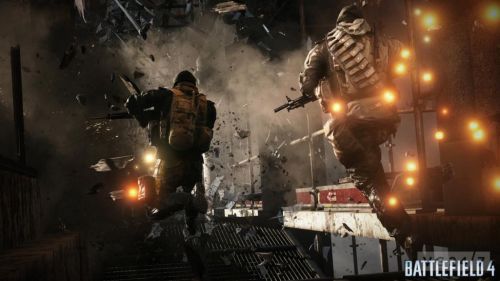 Last night, I had the pleasure of attending a screening for Dice's big reveal of Battlefield 4 at the Metreon in San Francisco. Upon arrival, everything was pretty hush hush until we were actually seated in a theater. We were told that the trailer we were to see would be pure gameplay. Pure single-player gameplay.

Dice is a company known for developing engaging multiplayer epics. To my displeasure, the only thing that was revealed last night was a 17 minute video of a single-player campaign experience that can now be viewed on Youtube. No discussion was made about the multiplayer aspect of the game. Dice instead opted to reveal those details at a later date.

Remember the cooperative campaign missions in Battlefield 3? Well, Battlefield 4 will be absent of a cooperative campaign, according to Game Informer. Apparently the co-op was considered a mess, so it is being scrapped altogether in order for Dice to focus on the single-player and multiplayer experience. For a closer look at the gameplay in single-player, take a look at the following trailer below: