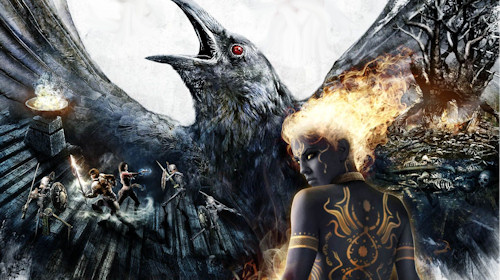 Dungeon Siege 3 is out today on the PC, PS3 and 360 - and while the console versions controls are solid and satisfying, the PC version appears to have frustrated gamers if you use anything other than a gamepad.  You know, like a keyboard and mouse.  One Co-Optimus Editor had this to say:

..the controls for the PC version made me want to rip my face off, especially since the controls worked so well on 360.   I can't believe they don't allow custom keybinds for PC

Well Co-Optimus Editor who shall not be named, it seems your face can stay on.  In a recent Eurogamer interview Lead Designer, Nathaniel Chapman revealed that a patch is coming to allow such a feature to the PC version of the game.  He said the negativity he hears isn't so much from the combat itself, but how you control the combat.

According to Chapman it became a time issue, or lack there of.

...one thing I would have liked to have spent more time on, and we are actually spending time on now. Basically, as long as PC gamers have a good way to control the combat they will enjoy it.

Chapman commented that the update will be available soon via a free patch.

We'll have a full review of Dungeon Siege 3 next week, but check back later today for a contest related to the new co-op title.