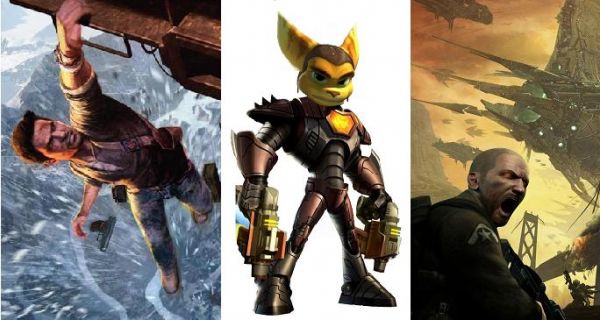 Sony is giving some of their iconic games new love this July.  We recently reported on a Resistance: Fall of Man and Resistance 2 bundle.   It looks like the compilation will have company.  According to CVG.com, a listing for an Uncharted 1 and 2 bundle appeared on a retail website earlier today.  The page has since been removed, but SCEE confirmed the bundle.  There will also be a Ratchet and Clank pack which will include the games R&C: Tools of Destruction and R&C: A Crack in Time.  The bundles will offer assorted extras like dynamic themes, avatars, or exclusive skins that tie into each game's upcoming sequel.  The best part?  All of these bundles will be released on July 22!