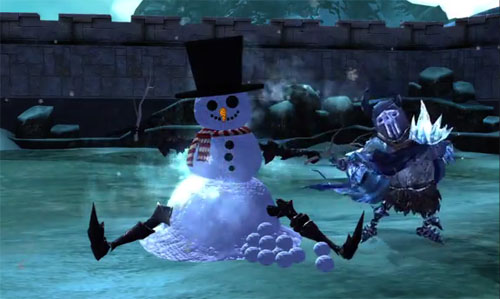 Back in March, we told you guys that a new remake of the Atari classic Warlords would be hitting the digital shelves this summer. Unlike the other iterations of the game, this version will have co-op modes in addition to the old school competitive ones. A character trailer was just released introducing the four warlords in the game: Restivo, Goelus, Kroi and Tarorthane, each of which focuses on a particular element. The trailer also serves to demonstrate the unique art direction of the game.

Warlords will be out later this summer on PSN and XBLA for $10.