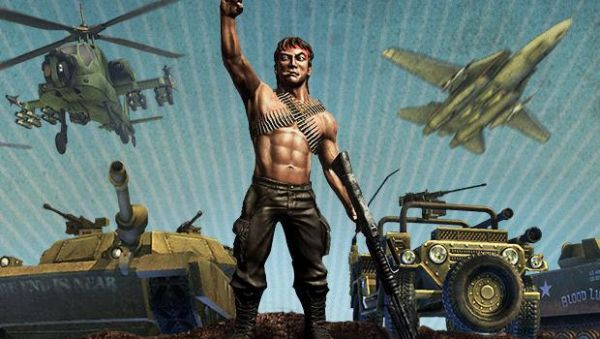 I love Toy Soldiers, the early 90s action classic starring a portly Sean Astin saving his school from militants.  At first it may not appear to be the most obvious film to adapt into a downloadable game, but what do I know?

Nothing it seems as Toy Soldiers: Cold War is not based on a 90s movie.  Instead it is part of this years XBLA Summer of Arcade and is the sequel to the half million selling Toy Soldiers.  Whilst the original lacked any co-op, Toy Soldiers: Cold War will have two player splitscreen and online co-op.  The game will cost 1200 points and has an upcoming release date of August 17th.  What better way to prepare for action than a new trailer that highlights some of the massive artillery the game has to offer?