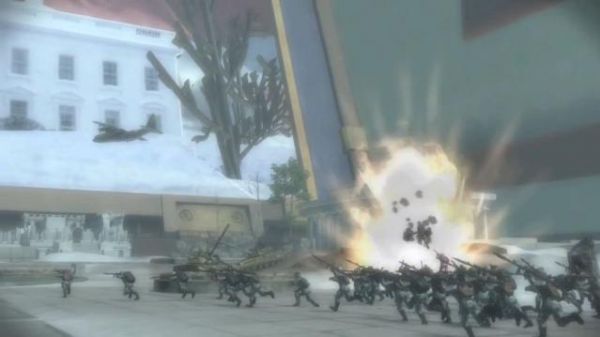 The latest teaser from Toy Soldiers: Cold War shows the result of a pair of weapons manufacturers' drunken ramblings.  A fella from Lockheed and a guy from General Electric must have been sitting around in a bar in the early sixties, both high on peyote and social upheaval.  One was pondering what to do with his giant air plane, another was trying to figure out how to make a six-barrel-electrified machine gun more ri-god-damn-diculous.  After a few more beers, one put his chocolate in the other's peanut butter, and the AC 130 was born.  It's basically a bunch of mini-guns and Vulcan cannons duct taped to the side of a plane, book ended by Howitzers for good measure.  Check out the video and enjoy!

Toy Soldiers: Cold War will be out August 17th for the XBLA.  It supports 2 player online and local co-op.