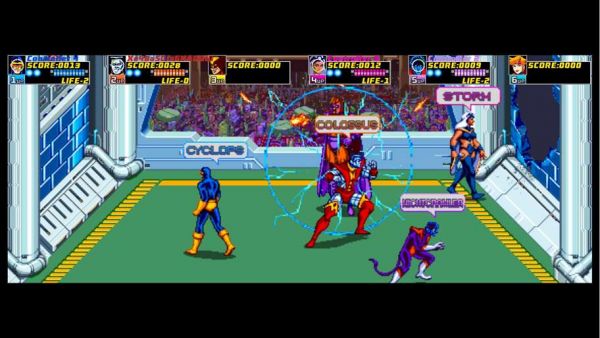 Recently, Co-Optimus staffers were given an assignment: play online co-op with random strangers.  The idea was that it's good to sometimes get out of our comfort zone.  For me, I am most at home when I am literally at home, playing couch co-op with one of my kids.  I only rarely venture online, and when I do, it is with friends I have met through Co-Optimus, or even folks I know in real life.  Heading into the wilds of Xbox Live was a daunting proposal for me.

While I have Halo Reach and Gears of War 2, I don't fancy myself to be very good at either.  I knew I could get an easy matchup for Firefight or Horde mode, but would I be able to hold my own?  Doubtful.  Thus, I decided to take a more arcade-themed angle, and fired up one of my favorites: Space Invaders Extreme.

Eagerly, I pressed the quick match button.  "No matches found."  Again, and again, I tried, but to no avail.  There was no other person in the entire world who was craving the sparkly revival of one of the greatest video games of all time.  Thinking perhaps these new-fangled youngsters didn't realize the genius of Space Invaders, I sighed and fired up a sure-fire bet: the Turtles in Time remake.

Everyone loves the Teenage Mutant Ninja Turtles, right?  They have been on TV for decades now, so it shouldn't be a problem finding a fan to play with.  I jammed on the quick match button for several minutes, but alas, my plans were foiled.  Shredder would win, for the day, but surely I could find a game people were playing, sooner or later.

The colorful red and blue clad protagonists of Gunstar Heroes, too, let me down. What's wrong with people?  Millions of XBLA users and none of them were playing these awesome co-op games?  Despondent, weary, and not a little bit jaded, I looked to an old favorite, one of my top games of all time: X-Men Arcade.  Would the merry band of mutants save me from an afternoon of crying into a can of New Coke, lamenting what could have been?

Indeed, they would.  I was able to join with one blessed soul to start a game.  I picked my favorite demonic German, Nightcrawler, and we were off to the races.  Incredibly, as we progressed, more and more players dropped in.  I was having a ball, scoring way more points than everyone else and donkey-kicking Sentinels left adn right.  Periodically, the game would hang; it appeared the host's connection was poor.  Still, we had a full group by the time we fought Magneto (the real one, not the copy).  As we were welcomed... TO DIE by the MASTER OF MAGNET himself, another lag spike would do what an army of mutant hunting robots could not.

The X-Men were broken up, leaving me to defeat Magneto on his own.  After riding high for a few moments of teamwork and comraderie, the lag beast came along and took it all away.

Online co-op is great, to be sure.  But there's something to be said for having someone next to you on the couch.  At least you know you HAVE a partner when they are in the same room.  And you never have to worry about lag, either.