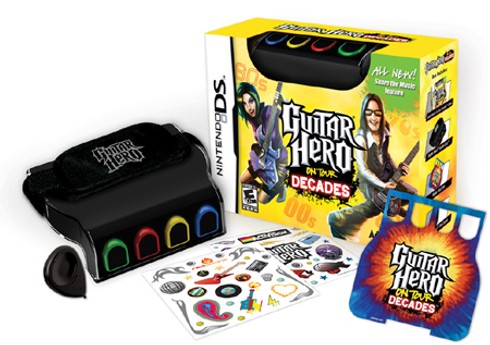 The new game takes the player through decades of music including the 60s, 70s, 80s, and 90s with such songs as You Give Love a Bad Name by Bon Jovi, Sweet Home Alabama by Lynyrd Skynyrd and One Step Closer by Linkin Park.

We aren't exactly sure how it works, but apparently the game is backwards compatible with the first title for Co-Op play, allowing you and a buddy to play via local wifi on any of the available songs.   You may want to read our co-op review of the original game before running out and buying this one for cooperative play.