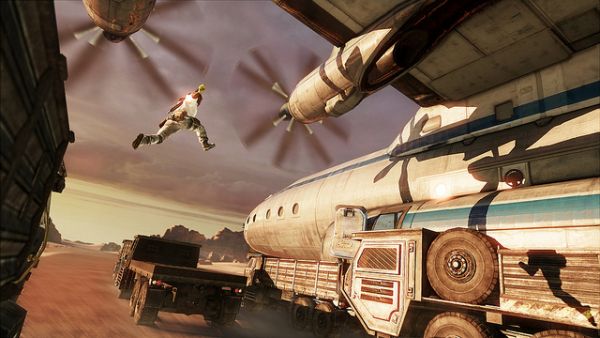 Fire up your PlayStation 3's and hop into the Uncharted 3's beta for a taste of the brand new Co-Op Adventure mode which has just been added to the active playlists with the latest update.  The co-op adventure mode is a mode we went hands on with at E3 and greatly enjoyed.  It's a three player local/online mode where Drake and his pal's need to recover some treasure, uncover some secrets, and just generally be cool archeologists.

The Uncharted 3 Beta just hit 1 million active players.  Right now anyone can download the beta from the PlayStation store and jump into the action.  The beta ends this Thursday, July 14th - so get in now while you still can!  There will be one more opportunity to get in on the action later this year with a Subway promotion.