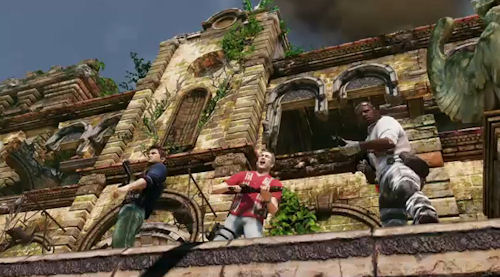 As a youth I was always told that it took dedication if you wanted to be a record breaker; that and a lot of people interested in signing up for your online Beta.  The Uncharted 3: Drake's Deception Beta ended last week, but not before becoming the most popular that the PS3 has ever seen.  Hopefully, a lot of you had the chance to play the co-op modes, some of which were more co-op than others.

Although the Beta is over, Naughty Dog are still looking for feedback on their forums, so head on over to have your point of view heard.  With over 1.53 million unique players signing up for the Beta, Naughty Dog have decided to celebrate by dropping some stats (see Read More).  Unfortunately, there are no numbers on the truly important things; such as how many inane quips Nathan Drake murmured, or how many times Cubninja had to be healed by a co-op pal.

-Total time played: More than 362 years worth of matches

Here's some footage from the co-op adventure mode.