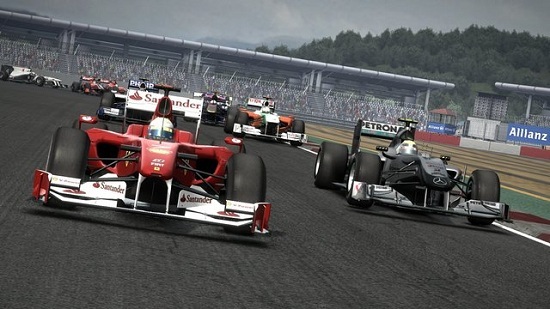 When Codemasters announced their next Formula One game, F1 2011, would feature a co-op championship mode, you could paint Co-Optimus surprised.  Is their a team sport in the world that is more about the individuals than F1?  Codemasters explain this new mode in their latest Dev Diary found after Read More.

As suspected by members of the Co-Optimus team, the below Dev Diary sheds some light on a co-op mode that is both co-operative and competitive.  2 players can go online and compete in the same team for an entire season; their points will combine for a team victory.  However, their can only be one World Champion!

To add extra spice to the co-op, the player who has the most championship points, or set the fastest qualifying times, will gain access to car improvements giving them an even bigger advantage over their team mate.  Can the player lagging behind get in their friend/rival's slipstream and overtake them in the overall standings?

This form of co-op can be as aggressive, or as friendly, as the co-op partners choose.  Modes such as Kane and Lynch: Dog Days' Fragile Alliance show that an edgy co-op experience can also be a good one.

With this co-op news in mind, when the red lights go out for the F1 2011 launch will you be at the starting grid?