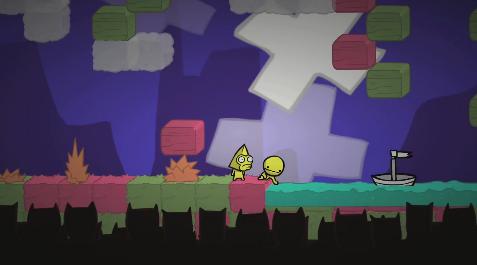 Boats and water, but no throwing (yet)

In the past few weeks The Behemoth have released several teaser trailers for their upcoming downloadable game Battle Front Theater but, apart from the original trailer, they have only shown single player gameplay.  This is remedied in a new video that highlights the co-op act of throwing.  This is the innocent process of grabbing your co-op partner and throwing them across large gaps to help solve puzzles.  However, throwing can also be used for the less innocent act of feeding your friend to a nearby monster or embedding them on some spikes.

As well as throwing, the new video highlights other elements in the game including; boats, portals and water.  The Behemoth have yet to officially announce the number of co-op players in the game, but so far the videos have shown 2 player gameplay.  Check out Read More for a trailer that depicts more throwing action than the annual Caber Tossing Games.