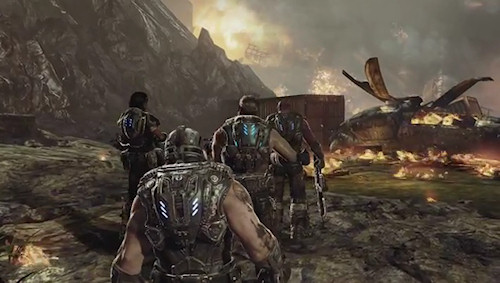 A brand new 4 minute trailer is out now for Gears of War 3 straight from San Diego Comic Con. Revealed at a panel tonight for the game, the trailer is called Crecendo, and it features many of the development team talking about the personal story that will unfold in Gears 3 - a game that will focus more on the characters themselves than the war around them.

The trailer does a great job of setting the stage for the co-op game, the first of the series to feature four players throughout the entire story.  According to Epic's Cliff Bleszinski, Gears of War 3 is the studio's longest game to date.