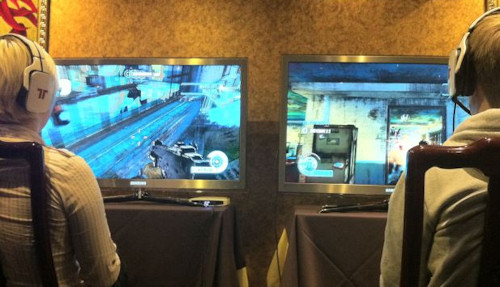 We've had our eyes on Bodycount for quite some time now with promises of co-op trickled every step of the way.  But it wasn't until now, about a month before the game's release, that we've finally gotten details as to exactly what co-op will entail.

The game will have a two player online co-op horde/survival mode where players face off against waves of enemies.  Sounds pretty standard fanfare, but the developer claims that the game's unique enemy classes have allowed them to create waves that force players to mix up their strategy a bit.

Outside of the co-op, Bodycount will offer your standard competitive deathmatch/team dm modes as well as an additional single player mode called "Bodycount" that sounds like a score based arcade mode.

Bodycount is out the end of August on the Xbox 360 and PlayStation 3.